Lifetime of selfless giving honoured by award for Madge Milligan-Green 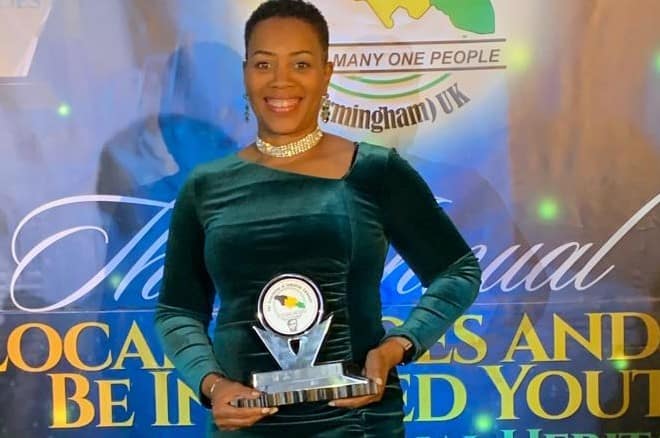 We’re so proud of our CEO, Madge Milligan-Green who received the Association of Jamaican National’s Local Hero’s Award 2021.

The award celebrates a lifetime of selfless giving to communities across Birmingham.

Madge began volunteering at 15 as a teaching assistant with the Harambee Association. The Association provided educational activities for her peers to both empower and learn about black history.

Her career as a youth worker began after gaining a professional qualification at De Montford University in Leicester.  After three years with Barnardo’s as a detached youth worker, she joined the Workers Educational Association (WEA). Whilst there, Madge was responsible for delivering high-quality education into the heart of local communities. During her 15 years with the WEA, Madge received a Community Champion Award from the Home Office for a project to get older people online.

Since 2017 Madge has been the CEO of Bethel Health and Healing Network, taking the organisation from strength to strength and steering it through the challenges of COVID-19. During this time, Bethel won several awards, including the Sandwell & West Birmingham CCG Equality Award 2018 and the BVSC Volunteer Team of the Year 2017.

During the pandemic, Madge set up a micro-community project for her neighbours called Move with Madge.  It was an excellent opportunity to bring people together during those difficult few months and keep active! The initiative has grown, and she now runs regular sessions in the park, in the community and online. As the award committee said, “Another great demonstration of Madge’s selfless commitment.”